Baby Boo is our robot from the 2015-2016 season. She is the daughter of Bob and Sue, hence the name Baby Boo. Below is the story of how Baby Boo came to be.

​   A long time ago in a galaxy far far away, there lived a robot, Bob. Bob was a champion weight lifter who won many gold medals and set many new world records. Besides that he had the character and looks that all guy-bots sought to be like. Every year the smartest, athletic or most innovative robots would be inducted in the Robotic Hall of Fame. Bob eventually got nominated to be among the prestiged members in the Robotic Hall of Fame. During the dinner party revealing the finalists for the hall of fame, he met Six Wheeled Sue, a quidditch star. They talked about life and sport stuff. Meanwhile, Robotitron, the second best weight lifter sulked in a dark corner of the ballroom. He sought to have the life and charisma of Bob, so he decided to robot-nap Bob. Sneaking up to him, he took out a super magnet hidden in his chassis and attached it to the hook on the back of his chassis. Robotitron then walked up to Bob and congratulated him for being one of nominees before “bumping” into Bob. With Bob in tow using the super magnet, he quickly made a run for the exit. Now, Robotitron could have the life he longed for. He tortured Bob into giving up his secrets but that wasn't enough…
Robotitron decided that he needed to annihilate Bob’s extremeties in order to prevent him from having a life or career. Meanwhile, Sue left in search for Bob. She scoured the entire city for any clue of her newly found best friend. Eventually she found a clue from an unnamed source that led her to his exact location. Sue was doubtful and thought that it might be a trap but she couldn’t bear to be without her friend. Sue went in full body armor and fought off Robotitron and his minions, using her quidditch strategies.  During the battle, Sue placed a robtinator on “Robtitron”.  With Robtoitron and his minions dead or unconscious, Sue went over to free Bob. However, she did not realize that the Robotiron she had killed was just a clone.  The real Robotitron snuck up behind them and smashed Sue to pieces. Bob was so devastated and he remembered that during their first and last conversation Sue told him that she wanted to raise many baby robots after she retired from playing Quidditch professionally. So he decided to adopt a baby robot in honor of Sue and named her Baby Boo. 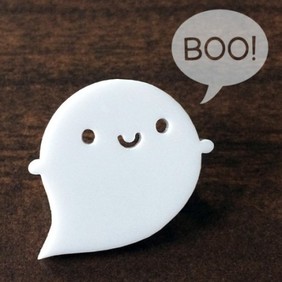 Baby Boo has HUGE, squishy wheels so it can go over the mountain in the course for the challenge, Res-Q. Boo also has a tall arm that can fold together to make her fit into an 18" by 18" by 18" box, which is the maximum size for a robot in FTC. The arm has a bin at the end that can pick up cubes and plastic balls on the field. This is because the bin has a spinning foam sweeper at the end.

Unfortunately, due to the arm's weight, we had to detach it and design a new arm. Our new design consists of two flippers, and a "finger." The flippers will cause the triggers on the side of the mountains to send climbers down the zip-line when we hit the triggers. The finger is a small enclosed space where we can place two climbers at the start of a match, and release them into a bucket.

Baby Boo is now finished, and with our first competition on November 14th, we have two days left to complete changes needed. To make her easier to drive, we have programmed the robot to have two speeds, regular and slower.